Thru Axles Be Nuts

Posted by backamp on March 11, 2019
Posted in: Bicycling. Tagged: fixit. Leave a comment

My bike mechanic skill level is probably best described as “shade tree”.  I know what I know and can pretty confidently change tires/tubes, adjust brakes and shifting, tighten spokes, mess with handlebars and steering, and keep things more or less lubed.

On a recent ride, I had stopped to enjoy the sunset from my usual “Big Hill Near My House” location.   While I was waiting for the sundown, I noticed my rear quick release was open.  It became apparent as I went to close it that the thru axle was loose.  I’ve never paid much attention to how the thru axles connect to the frame, but it was obvious that whatever it screwed into wasn’t there any longer.  The nut on the front fork appeared to be about the same shape as the empty “pocket” on the rear flange and assumed that’s what I needed to find.  In the grass.  In the looming dusk.

Assuming that it had just fallen off.  I quickly realized that was fruitless and began to consider whether I needed to walk home.  I’d been riding an unknown amount of time with it missing, so after a careful test, I rode home slowly with frequent glances to check that the axle was staying in place.

Later, after the repair was complete, it occurred to me  that the axle must have been loosening over a reasonably long period of time. The axle would (eventually) thread into the new nut completely.  That said, I wonder if some recent “tuning” to the (not so) quick release might have started the process.

Before beginning the hunt for a replacement nut, I studied some photos of the bike, both that I’d taken and online at Diamondback.com.  I wasn’t 100% certain that the front and rear nuts were the same, particularly given the difference in the flush mounted front fork and the rounded rectangle pocket for the rear.

Next stop, Diamondback’s online parts.  And, of course, no thru-axle nuts to be found.  I submitted an online support request and was pleasantly surprised to get both a prompt email and an actual phone call within hours.  And, happily, Diamondback DOES sell the nut….in a kit located under the “derailleur hanger” category.  A kit which costs $40+ after tax/shipping: 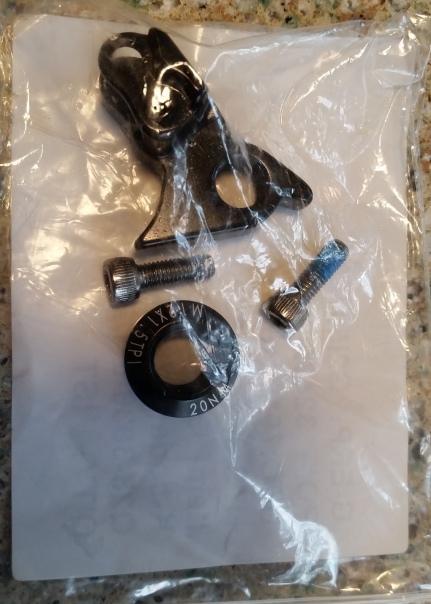 More google-age turned up one more option.  The nut alone is available from Kinesis in the UK for a mere £2.92 (less than four bucks “American”!).  Unfortunately, actually shipping TO America is north of  £23 or $31 in greenbacks.  If this part was for something non-mission critical (say, the washing machine), I would have gone the cheap route.  But I really wanted to get my fast bike online for the quickly improving weather and upcoming SXSW. 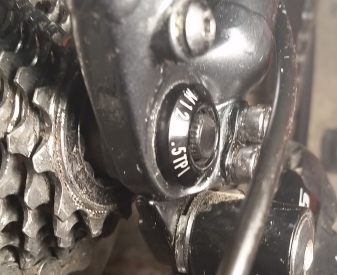 This story is already longer than it should be, but there’s one more thing.  Getting the nut to press fit into the frame was a bear.  I spent literally hours on it along with using half my tool box.  It has a tiny O-ring that serves the dual purpose of making it nearly impossible to seat and being the secret to retaining the nut in the frame. After a few more emails with DB, some advised “wiggling”, square holes and round nuts…it seemed to set into place.

Kudos to Diamondback for their responsiveness.  A little less kudos for their kit “deal” of unrelated parts and spendy shipping.  Kudos also to my local REI.  The mechanic there spent some time chatting with me about the problem, followed up with DB,  and ended up learning the same lesson as me.