Posted by backamp on May 25, 2017
Posted in: Bicycling, biketour, Travel. Tagged: bike, btbt. Leave a comment

“Punk rock” and “bike tour” are two  phrases you don’t expect to see together.  Throw in “history” and you’ve got the East Bay Punk Rock History Bike Tour.   When I saw this in my news feed a few weeks back, I knew that I had to make the trip.  The ride was co-sponsored by Walk Oakland Bike Oakland (WOBO) and the Oakland Museum of California (OMCA).  So I cashed in some frequent flyer miles and began looking for a rental bike that wouldn’t make me look like a tourist who’d escaped from Fisherman’s Wharf.  Shout out to Golden Gate Rides who set me up with a Cannondale Quick flat bar road bike that was perfectly suited to a long weekend in the Bay Area. 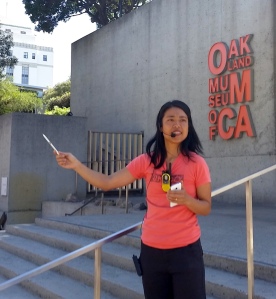 Chris kicking off the ride at OMCA

The sellout ride began at the museum in downtown Oakland.  The 30 or so riders mingled prior to a welcome and pre-ride briefing from the WOBO board president, Chris.  CBGB and Dead Kennedy T-shirts replaced the typical cyclist kit.  And there was a bit of minor incredulity that someone would fly 1500 miles to participate.  Each rider received a pocket-sized Powerpoint deck detailing each stop of the tour. 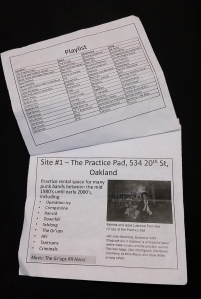 We rolled out under clear blue skies to the first stop at the former site of the Practice Pad, in downtown Oakland.  Our guides were Kamala and Kate, pioneers of the punk rock scene in the East Bay. 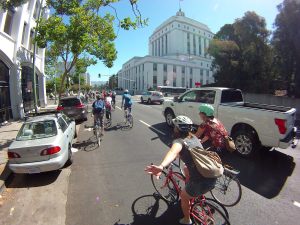 Here, and at each of the eight following stops, Kamala and Kate related stories “from the day”.  Stories of starting bands, communal living, and less-than-normal rental practice spaces shared with semi-legal tattoo parlors and offbeat print shops.

More than half of the nine stops no longer resembled their punk rock roots, due to gentrification, remodeling, and new construction.  This ride was not about sightseeing as much as about the stories.  After each stop’s story, the guides played a song from one of the associated bands.   There’s nothing like a punk rock soundtrack on a bike ride.

Here’s a quick video of the music portion at one of the stops:

One particularly interesting detail about gentrification stuck with me.  Most of these neighborhoods were, at one time, inexpensive warehouse spaces or housing.  They were often very ethnic and dubious of the punk squatters.  Gentrification in the early 90’s hadn’t started, but Kate expressed regret that they didn’t try harder to build bridges with the existing neighborhoods.

The final stop on the tour was 924 Gilman which is a:

The route from OMCA to 924 Gilman was just under nine miles:

Stretching to Berkeley, the ride also provided a quick glimpse of some of the exceptional Bay Area cycling infrastructure, e.g. bicycle boulevards.

To top off the post ride, WOBO sent a playlist of the tracks played at the stops and during the ride:

Most of these titles seem to be available on Youtube.

Although this wasn’t a commercial bike tour, I’m including the usual:

What Could be Better

Over an après-tour beer, I heard that WOBO is planning a shipping container themed bike tour around town and the Port of Oakland area.

And, finally, if you’re interested in learning more about the East Bay punk scene, check out a new documentary titled: Turn It Around: The Story of East Bay Punk. 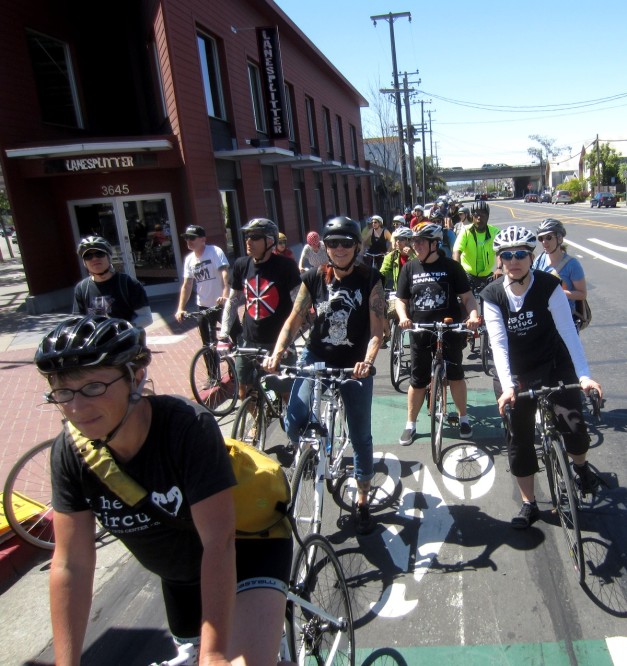 Posted by backamp on May 17, 2017
Posted in: Bicycling, biketour, Travel. Tagged: bike, btbt. Leave a comment

There are at least a half dozen bike rental and bike tour outlets along the Embarcadero to Fisherman’s Wharf.  All of them offer guided and/or self-guided trips along the bay, across the Golden Gate Bridge and down into Sausalito, with a ferry ride back to the city.  If you’ve never been to San Francisco, it’s not a bad choice.  Except that Sausalito is pretty touristy. 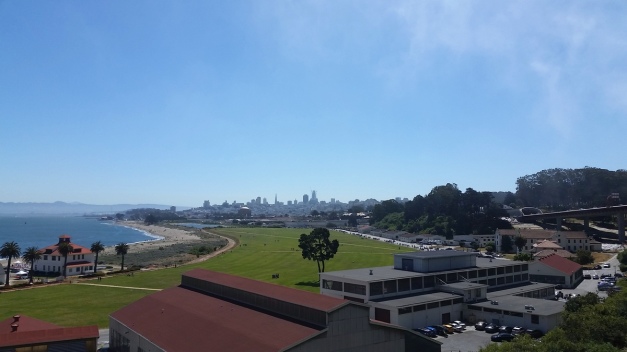 I was in San Francisco recently, primarily to check out the East Bay Punk History Rock Bike Tour.  I’ve always wanted to bike over the Golden Gate Bridge.  But, having been to Sausalito ONCE, I didn’t really want to do that again,  Plus, there are other ways to ferry around the bay (tip, check out downtown Oakland or Alameda).

So, do ride the touristy San Francisco side (especially if it’s your first time in the city).  And do ride across the Golden Gate bridge. But, then, come back and take in another side of San Francisco. 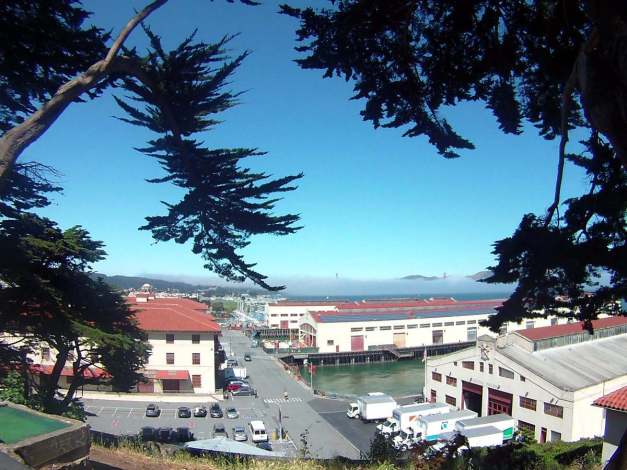 Here’s how this ride breaks down: 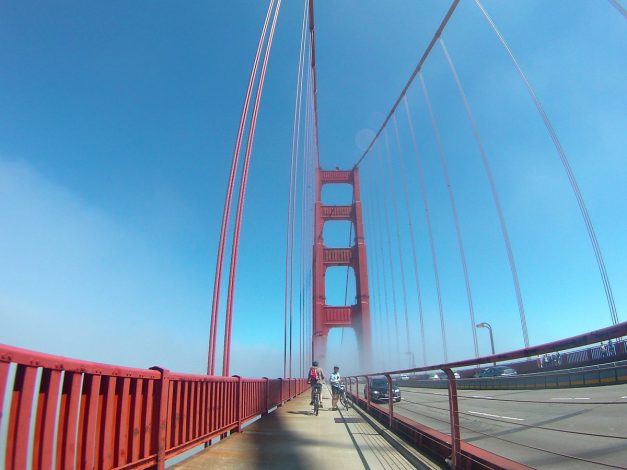 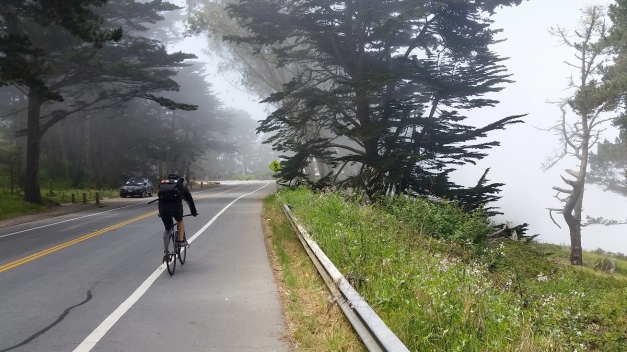 Need a bike?  You can’t walk 50 feet along the bay without running into bike rentals.  But consider treating yourself to an upgrade from Golden Gate Rides, Bike Hut, or Dandyhorse.  Tell ’em BeenThereBikeTours sent you.